Superhighway sign poles were created in 1997 with excellent market uptake, with hundreds of sites in Auckland city being fitted with Superhighway Poles. Installation was made easy with the cast in footing requiring no further reinforcement and the relatively light pole.

In 2003 Geoff Necklen created the Superhighway Monopole which provided single post urban sign support, but with the special feature of a yielding sign head. A common problem at the time was impacting of the edge of urban signs by heavy vehicles, and the Monopole solved this. A patent was granted two years later. The Monopole is to be used in under 70km/hr areas and behind barriers in higher speed areas.

In 2010, after five years of development then official crash testing, the fully crash compliant Superhighway Breakaway type pole was released to meet the new requirement in NZ of compliance with NCHRP350 TL3, the US standard.

This quickly dominated the market due to its low cost and ease of installation, and continues to be the market leader five years later. Now called Necklen Breakaway Poles , the 80, 100 and 170 series all meet this international compliance standard. 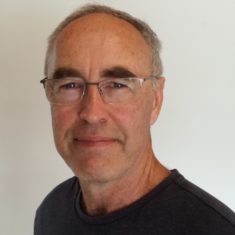 Geoff Necklen comes from a trade engineering background and has been the designer for, and operator of, Roadsign Supports and Necklen Engineering since 1984.

With access to highly efficient freight paths Roadsign Supports sends to all parts of the globe. Please send us your enquiry for a free quotation.